Amira’s practice is rather diverse, albeit with a core focus on IP, privacy and IT laws. Amira first started in IP practice and since then has had significant experience in various aspects of both the contentious and non-contentious side. On the contentious side of her IP practice, Amira is able to and has represented clients in opposition, and invalidation proceedings before the Trade Marks Registry and other IP-related disputes before the High Court. On the non-contentious side, she has administered and managed local and overseas clients’ IP portfolios as well as conducted worldwide searches to determine the patentability of an invention, drafting, preparation and prosecution of patent applications. Her practice also includes providing advice on IP commercialization, such as assignment/franchise agreements, IP due diligence, licensing and technology transfer matters. Apart from that, she continues to engage in general corporate advisory work (related to IP rights or otherwise) involving confidential information and trade secrets amongst others and several regulatory and technology-related issues. Some of the recent reported IP cases before the Singapore courts that Amira has lead or been involved in to date, include:

Amira was also previously on the Panel of Lawyers under the PDPA Legal Advice Scheme administered by the Law Society, which has since ended. She has advised various educational institutions (both public and private), associations, and other private entities on their obligations vis-à-vis the Singapore’s data protection regime.
Amira has also advised a multi-national company providing IT solutions to Singapore’s biggest telecommunications service provider on a recent investigation by the Personal Data Protection Commission on a breach of data protection obligations. Amira also continues to advise various Statutory Boards and other foundations and organisations on a plethora of legal matters, ranging from collaboration and procurement documentation, to other contractual and regulatory issues.

To add some interesting diversity and flavour to her practice, Amira has increasingly also advised on Singapore employment laws. She has and continues to advise several multinationals on their Singapore office hires and the offering of share option schemes apart from reviewing their agreements in place, and various companies on core local employment law issues including employee leave benefits, working hours and CPF (government-mandated social contributions) issues amongst others.

Amira has been invited to give talks and to provide her viewpoints on several occasions, as follows:

Amira is fluent in English and Malay, and fairly conversant in French. In the past 5 years, Amira has been to nearly 50 cities across 5 continents and back, and if left to her own devices, she would probably on the next flight out to anywhere else in the world. 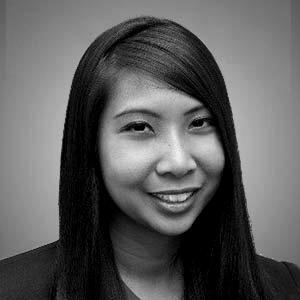