Kevin has represented clients in arbitrations around the world, focusing on joint venture, energy, technology, infrastructure, and investor-state disputes. These include some of Asia’s most complex and high-value disputes.

Recent examples include securing an award of US$ 158 million and dismissal of US$ 350 million in counterclaims in an ICC arbitration concerning a nuclear power plant, and successfully defending US$ 1.69 billion in counterclaims in an UNCITRAL arbitration concerning a joint operating agreement. He is also currently engaged to advise a State on a multi-billion dollar investment dispute.

In addition to his work as counsel, Kevin regularly sits as arbitrator, and has rendered multiple awards in complex commercial disputes. He is a Fellow of the Chartered Institute of Arbitrators (FCIArb) and is listed as an arbitrator with the SIAC, HKIAC, KCAB, AIAC, and THAC.

Before joining Gateway, Kevin was a senior member in the global disputes practice of a leading international law firm, King & Spalding, where he practised for more than eight years. He was also previously State Counsel with the Singapore Attorney-General’s Chambers (International Affairs Division). There, he represented and advised the Singapore Government on public international law matters, including investor-state disputes and investment treaty negotiations. 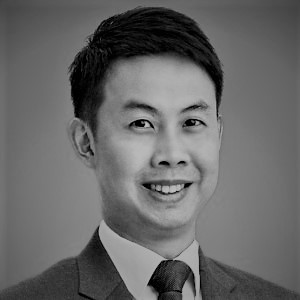